How to play
-for each gameplay type-

Both of them have the same preparation step before the game starts, and both use the same way to decide the winner. Since both《1》and《2》have simple, common rules, you can enjoy it with friends and families regardless of their ages.

Shuffle all cards well, and deal 12 cards in total (= a hand) to each player. The remaining cards will form a deck of cards and are placed face down in the middle in front of all the players (face-down pile).* You can change the number of cards to deal to each player. You can either reduce it to 9, or increase it to 15 as you like (but make sure the number is a multiple of 3 if playing Three-of-a-Kind).

* Some of the cards have number ranges written (e.g. for Panda, “3-1”). In this game, if you pick such a card, you look at the largest number from the number range. For Panda card, the number you pick will be “3”.

*When the player does not have a card with smaller number to the previous player’s, then the player needs to say “Pass”, and the right to pick and place the card will be transferred to the next player in turn.

■How to use Wild Card (example) 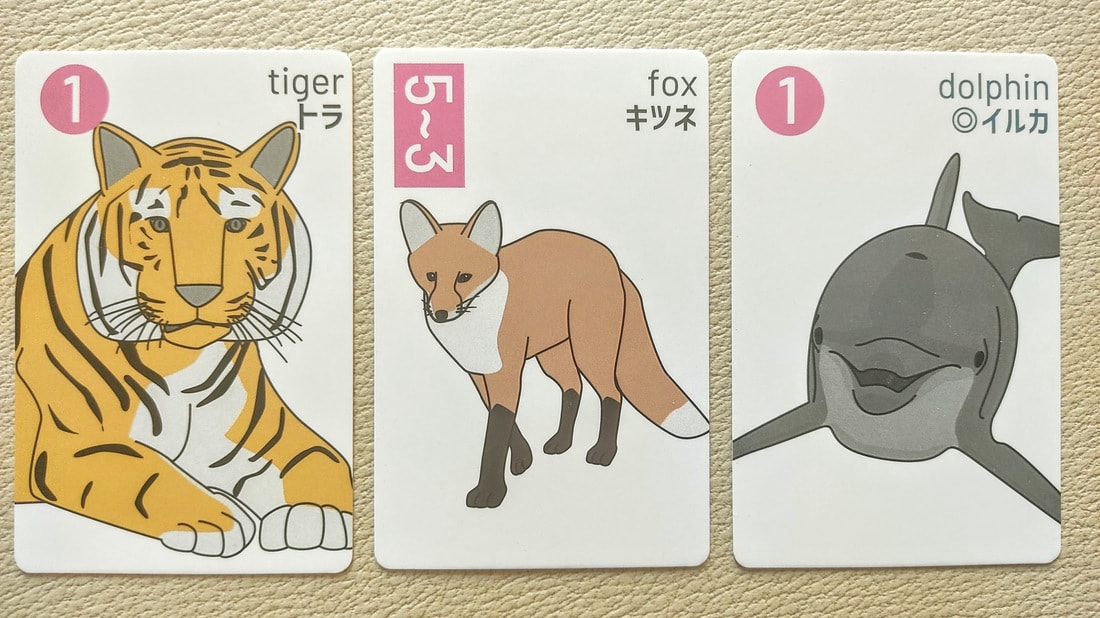 You have time until the next player finishes drawing a card from the deck to snatch a card that other players discarded, and complete your “Three-of-a-Kind” set (= “Snatch-a-card rule”). When you complete the set of “Three-of-a-Kind”, show it to everyone.

- ”Snatch-a-card rule” is applicable only when 1 more card is needed to complete the set of “Three-of-a-Kind”.
- When you “Snatch-a-card” from the discard pile, you need to discard 1 card from your hand in return. (the card you’ve just discarded can also be snatched by other players when “Snatch-a-card rule” is applicable. The number of cards in player’s hand must be a multiple of 3.
- When you snatch a card, you need to say out loud “Snatch!” before you pick the card up.

Deciding winner/loser
of the game

How do we decide the winner?